Our real time BTC/USD price index lets you check the latest Bitcoin price – to make a fast and informed decision whether to Buy or Sell. With this year’s Bitcoin market already displaying dramatic price movements, increasingly influenced by institutional news and tech giants such as Elon Musk and Tesla – real time market insights could help you optimise your BTC positions.

Bitcoin will always be the first cryptocurrency –  and despite increasing competition from alt coins in the crypto ecosystem, to Bitcoin maximalists, the cryptocurrency remains a long-term investment that’s often the foundation of their portfolios.

Nevertheless, with alt coins such as ETH, ADA, DOT, LTC gaining traction, along with DeFi tokens including LINK, AAVE and UNI – investors have an increasing number of short and long-term options to consider. Despite the competition and the fact that alt coin investing is a hot trend in 2021, we tend to agree with the Bitcoin maximalists who still view BTC as a coin to invest in, if you can afford it (Disclaimer: this is not investment advice).

Technical Analysis for BTCUSD by TradingView

Should I Buy Bitcoin?

Based on today’s Bitcoin price, the following technical analysis chart will indicate whether you should buy or sell. The chart is based on the last four hours.

Bitcoin is in fact an asset which continues to offer traders a incredible potential in 2021.

Given its limited supply due Bitcoin halving, the asset is becoming increasingly rare and fewer coins are mined. This concept means that BTC is designed to become more and more valuable over time.

Before you jump in and buy Bitcoin, it might be smart to take a step back and understand more about BTC, to sharpen your trading decisions.

While many in the crypto industry like to speculate on BTC price predictions for 2021 – it’s hard to make specific predictions, given the volatility of the market. However, at the time of analysis in February 2021, the BTC market’s bullish performance has seen it hit an all time high. Having reached approximately $34,600 in January 2021, Bitcoin’s February price in excess of $45,000, has already seen some analysts predicting another very bullish year.

While it’s now increasingly expensive to buy large amounts of BTC, the recent bullish price changes in BTC, show investors of every level, can still enter the market for potential profits.

As well as keeping a close eye on the actual BTC charts, Bitcoin investors increasingly need to look at the impact of news from financial institutions, governments and big tech – all factors that may positively or negative impact Bitcoin prices. The classic example in 2021, to date, was the revelation that Elon Musk’s company, Tesla, purchased $1.5bn (£1.1bn) in BTC. Tesla has the goal of accepting Bitcoin as a payment in the future – news that spiked Bitcoin’s price by 17% to $44,220 (a record at the time). 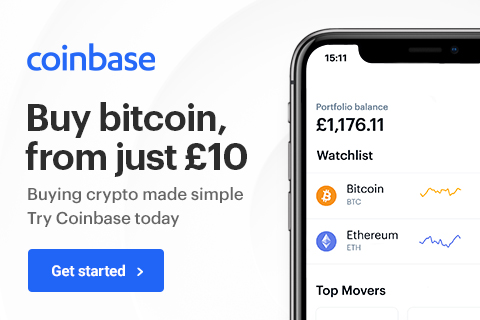 The price gains of Bitcoin in 2020 and into 2021 to date, has been extremely bullish – potentially heralding the start of a revolution in the financial world. While the development of central bank digital currencies, alt coins and blockchain ecosystems, means the future of BTC and crypto is open to volatile changes, the historical price of Bitcoin projects a strong upward trajectory, overall.

In 2010, only 10 years ago 1 Bitcoin was worth nothing at all. But despite its minimal value of $0.01 at the time, the first commercial transaction using Bitcoin occurred when Laszlo Hanyezc bought pizza for 10,000 Bitcoin. This initiative on Laszlos end was a clear indicator that Bitcoin could be used for purchasing goods. Towards the end of the year around October 2010, when Bitcoin rose to $0.125.

One year later it was already sitting at $31, but this surge was short-lived as it dropped to as low as $2 by December 2011.

The first real Bitcoin price boom occurred in 2013 when Bitcoin rose to $266. Throughout 2013, the price of Bitcoin fluctuated up and down hitting an all-time high of $1,240 per coin.

2017 was a massive year for Bitcoin. In May the price reached an all-time high of $2000 and by December it was an (at the time) staggering $19,783 per coin. December 2017 was also a very turbulent time for the coin, some days it would rise 5% other days it would lose over 30% of its value overnight.

Due to the impact of Covid, financial instability and emerging tech, 2020 saw dramatic gains in the second half of the year, hitting a high in excess of $29,000 in December. In 2021, Bitcoin’s bullish performance has seen it pushing towards $50,000 per coin in mid February. With a potentially bullish outlook, many project BTC to make further gains throughout 2021.

Developments in the crypto world, such as Paypal enabling BTC, LTC and ETH, and companies such as Tesla, revealing they plan on accepting Bitcoin payments in the future, is starting to potentially change the way Bitcoin is perceived in terms of its status as a form of ‘money’. However, for the time being at least, Bitcoin should still not really be mistaken as money; whilst you can transact with it, Bitcoin is not money. While this may seem like an insane stance – here’s our insight into why BTC still isn’t at the point where it can be viewed as ‘money’.

From an economic textbook perspective money is:

In simple terms, for something to be defined as money, the item must meet the following five criteria:

At first glance, this assertion may seem crazy; Bitcoin has value, it’s becoming increasingly accepted, it’s divisible (Satoshis), it’s durable via a crypto wallet and it’s digital so it cant deteriorate (while money can).

So how can we say Bitcoin is not money?

Unfortunately, Bitcoin still doesn’t fully meet the criteria when it comes to three other qualifiers of money which are:

Bitcoin falls short when it comes to being a ‘unit of account’. To give an example think of USD vs Bitcoin; think of an item, any item you could buy, it is pretty simple to refer this item’s value in USD and people will get a pretty good idea of how much the value is of that item where ever they are from).

Bitcoin also misses the mark as a ‘store value’ and this is down to its volatility. The purchasing power of Bitcoin over time is highly abstract and can change so quickly between the time it is received and spent.

There are some very long arguments to be had about Bitcoin as a unit of account (and why it might not have store value like qualities similar to that of money) – but it goes beyond the scope of the current insights.

Bitcoin’s digital nature often gets it confused with emoney, however Bitcoin is not legal tender (issued by a central bank or government body) so we see it more as an asset than money.

Despite the reservations about Bitcoin being ‘money’, 2021 is expected to be a watershed in terms of cryptocurrencies and regulation – something that may clarify the future of Bitcoin. With the likes of Tesla aiming to accept BTC as payments in the future – expect the coin to continue to evolve and define itself, whether it’s as a form of ‘digital gold’ or a legitimate form of money.

Any cookies that may not be particularly necessary for the website to function and is used specifically to collect user personal data via analytics, ads, other embedded contents are termed as non-necessary cookies. It is mandatory to procure user consent prior to running these cookies on your website.